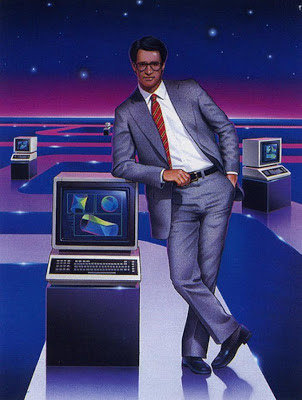 Poster designers are like club promoters in the fact that when it comes to pinning down what made an event great an attendee will always remember the DJ or live act fondly and not even think about all the other contributors that made the whole experience satisfying. Having been a club promoter for 16 years and passionate about club nights i have seen quite a lot of shite posters in my time and i have liberated some belters

Robbed this at least 7 years ago. 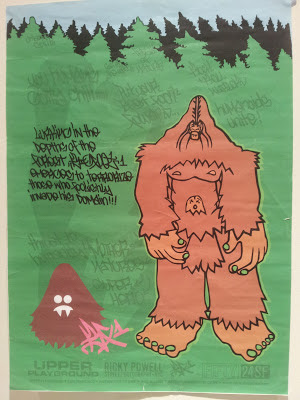 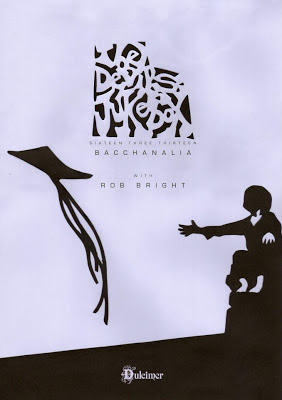 Just like with pretty much anything you can think of in life there’s always more shit than good. Check out the charts. People say that years ago the charts were a lot better. Truth is theres always been loads shit in the top 40 but up until the late 90’s at least there was a wide variety of shite unlike today.Take Dubsteps recent chart takeover. Dubstep artists must be fukin gutted at the pop chart rape of there once underground scene. I get a bad vibe every time I see that pubic midget Skrillex and even Talyor Swift’s new record is Dubstep influenced for fucks sake. The problem is shit is three quarters hit making shit addictive. Anyway where the fuck was I? Right… yeah Lots of crap yeah,,,,,  but every now and then a diamond glistens in the river of poo and you grab it quick style!
Eyes Down's designers consistently smashed out                                  quality imagery (circa 1999) 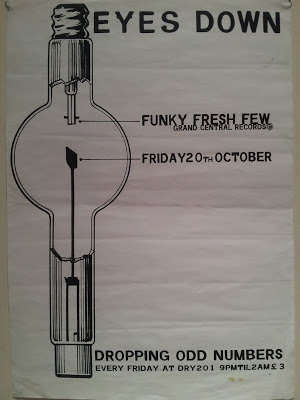 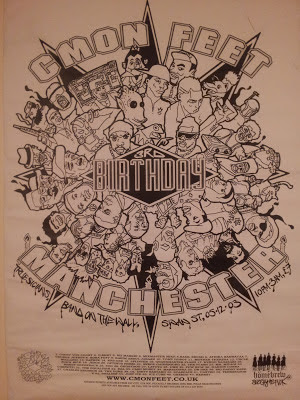 Grabbing beautiful club night posters off walls full of biz is what iv been doing for years. When i was doing my Friends and Family promo time ago around if I walked into a café or bar and saw a great poster I would pull the fucker down, replace it with mine and take it home. Paradoxically an advertisement is sometimes too good to advertise. If your poster lasts only a few days on a wall it’s a good sign you did a great poster

Killer detail on this circa 2004 The good posters come in different forms. Sometimes great humour, sometimes great art. The posters that have more emphasis on great art and design have always been the ones that seem to stand the test of time as often the humour is current and will date quickly. It has been good to see many of ’s quality underground club nights really pay attention to getting the artwork right. Recently long standing Balearic institution Aficionado did a beautiful poster design to mark there birthday and made it available to order so people could have a framed piece of art which is exactly what should be happening for people like me who are influenced and attracted to poster art as a collectable scene. Skills from Eoin McManus on the new BBQ poster 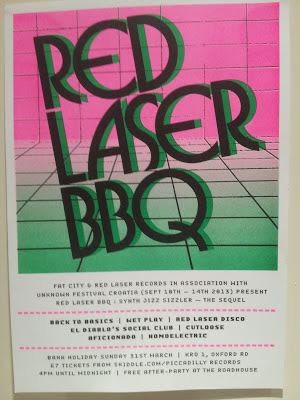 (below) One liberated in from Switzerland 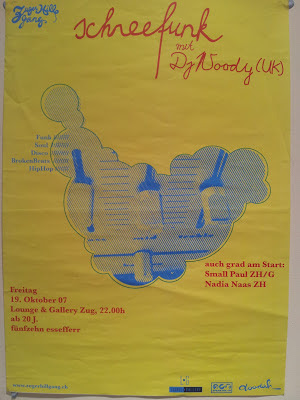 This is why I will not be missing out on an exhibition of poster and design work by designer Randy Marsh at Elektrics bar in Chorlton Manchester on Thursday 7th March. Marsh has consistently produced some fantastic design work to promote the club night’s Wet Play and his Social Boogie Jam Full Beam. Its great to see a design style that is unique and its well worth a look as punters can request larger prints and other tailoring to suit the size you want for that perfect spot in the bog (Or other rooms in your gaff). Students and jobless can grab some cheap reprints and bang em up with blu tac until a full time work place becomes available warranting a clean gaff and framed home for your prints. 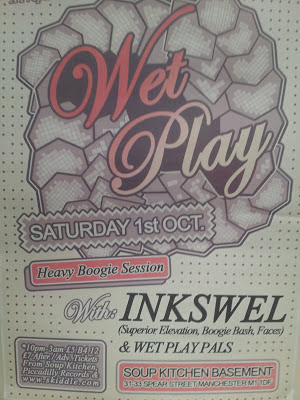 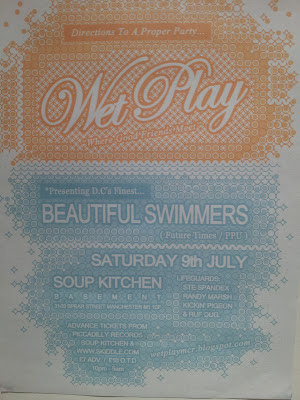 Il Bosco
Posted by Red Laser Records at 14:13 No comments: