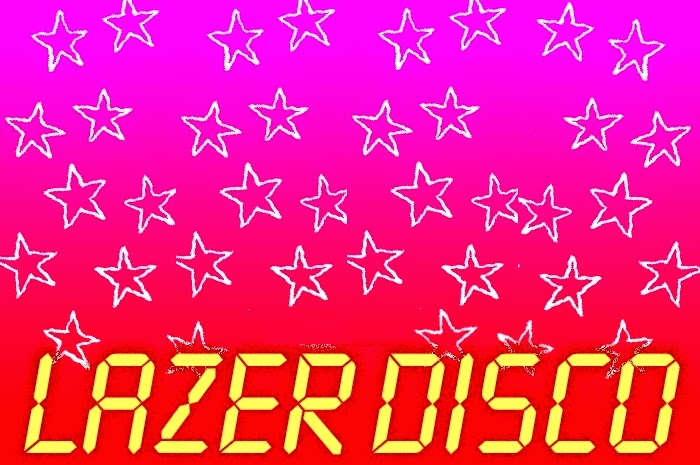 Theres been another big gap since the last blog post. Not because of writers block or owt like that. Just been mad busy which I suppose is one of them ‘good problems’ to av. A phrase often uttered by turds. Busy with what? Well theres at least 6 releases about to drop all in the next few months including 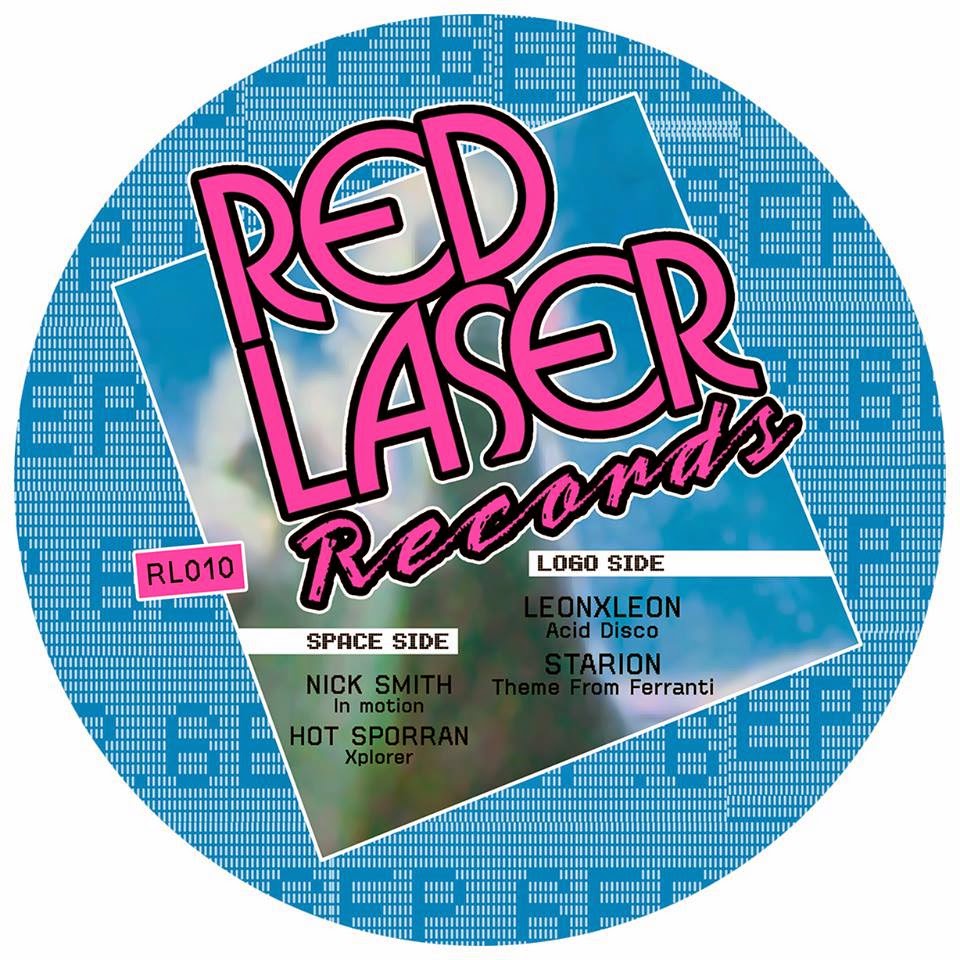 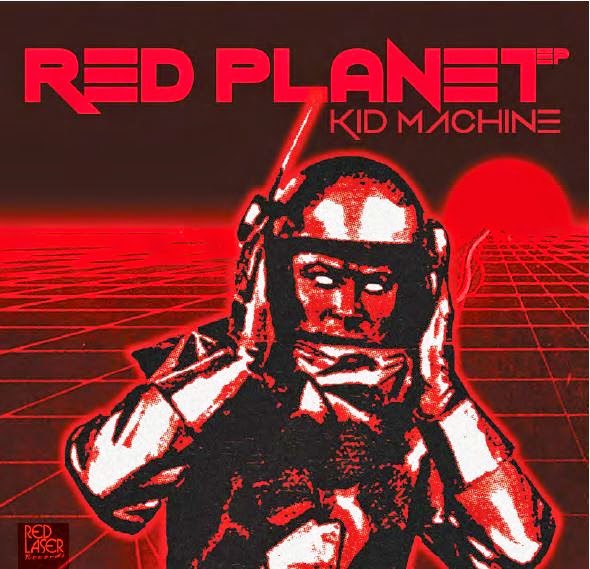 Ste Spandex EP2 (taxed this image Gee. Get on wi ya artwork init) 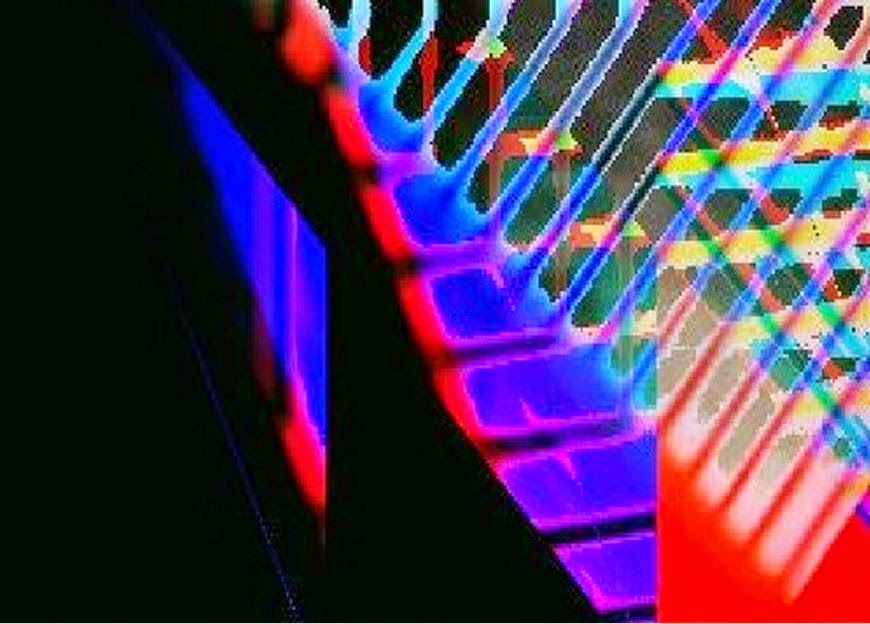 And this absolute fukin monster of a twelve

Silverclub – Back to The Start EP 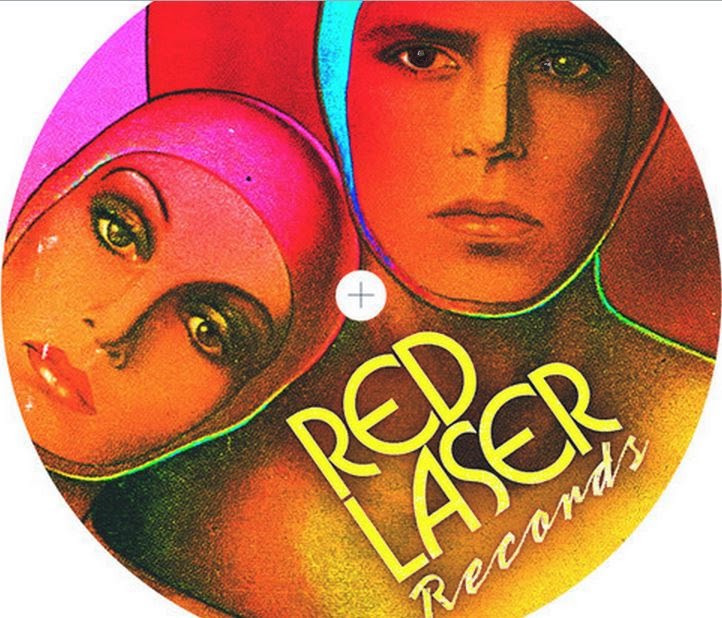 Up till now Red Laser has only released the work of lone producers dotted around Europe. The first year was great. I realised we were doing something that was different and relevant. The parties we did got busier. The demos flowed in from all over the world from people we never met. And I started to see an old face around the scene. Duncan Jones has always been a part of Manchester’s underground music as a musician and producer. Amongst many other releases over the years he had released an album with Silverclub a few years earlier and following that LP there was a change within the bands line-up and direction. When he sent me the new music I was immediately gobsmacked. A real band making discoid acid synth jizz!!! And they in my city!!! WHAT THE FEEERRRRRK!! All the things I love about alternative music are in these tracks. Thick analogue percussive vibrancy has a scrap with a sophisticated discoid lyricism resulting in shaky legs, adrenaline overdosed heightened senses and a fuck yeah fist in the air for every track on this ep. Red Laser had to put this out. We had to rep this band. Im just glad they came to us first. The EP is a masterpiece and seeing them do it live is un-believable. You can catch them playing at the EP launch Party at the Deaf Institute Manchester on 24th September CLICK HERE for the event.. Theres another band supporting and Me and Peter Mangalore DJin. 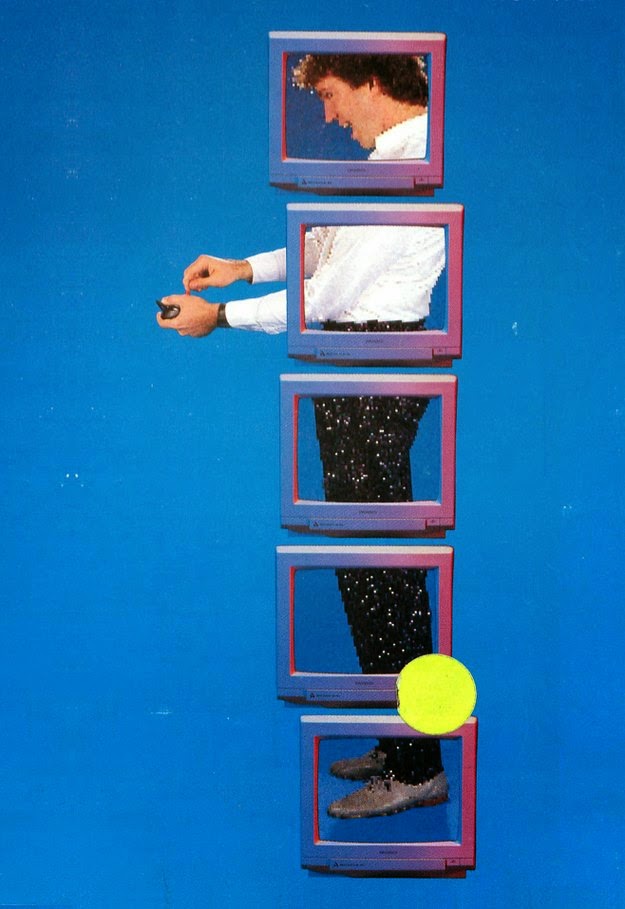 Regarding the Vinyl release you can pre order here (CLICK HERE) direct and listen to the tracks and read my track descriptions. OR you wait till it hits all the usual underground record shops around the UK and Europe  but better for me if you order here as the more we sell direct from our site the better chance we can break even or even make some money to keep this shit alive!  yah meeen? 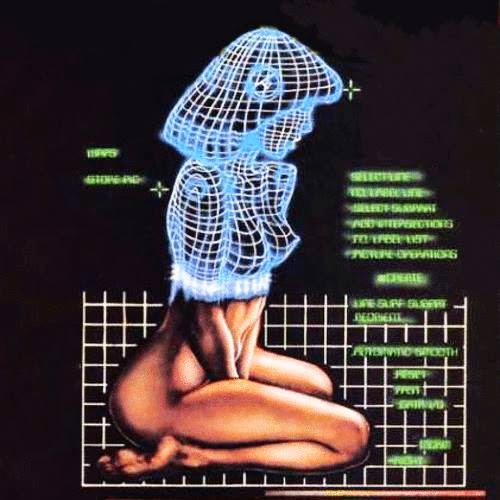 Other shit that happened was the Bank holiday weekend. Went up to Hebden Bridge for a night out and stayed in one o those air B&B’s in the hills with the Mrs and friends Emma and Steve. Felt like the owner must have been homeless for the night as the gaff was, well, her fukin house!!!; with everything still in it including pictures of her son Cosmo! I know he’s called Cosmo because I read his homework! You gotta hand it to those Hebden Cats in the liberal stakes. They make Choltonites look like National Front. Anyway the gaff was a proper old-school cottage which was mint and props for having a vinyl collection and record deck too (Nowt worth robbin though). Anyways that night I was guest DJ at established thills rave InkFolk. What a top gaff and great people. Chris and Charlotte the promoters looked after us really well even though they had been up for 2 days solid partying. Got back in bed at 7am, ad a vally and slept till 11. Bacon butty and over to set up the Wet Laser BBQ. 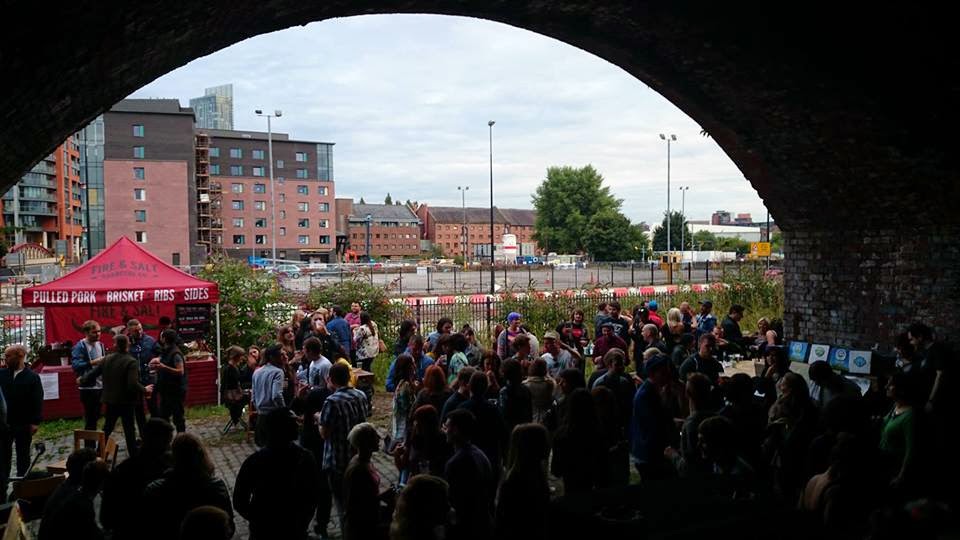 What a venue (Pic robbed off Daren Woods Facebook) 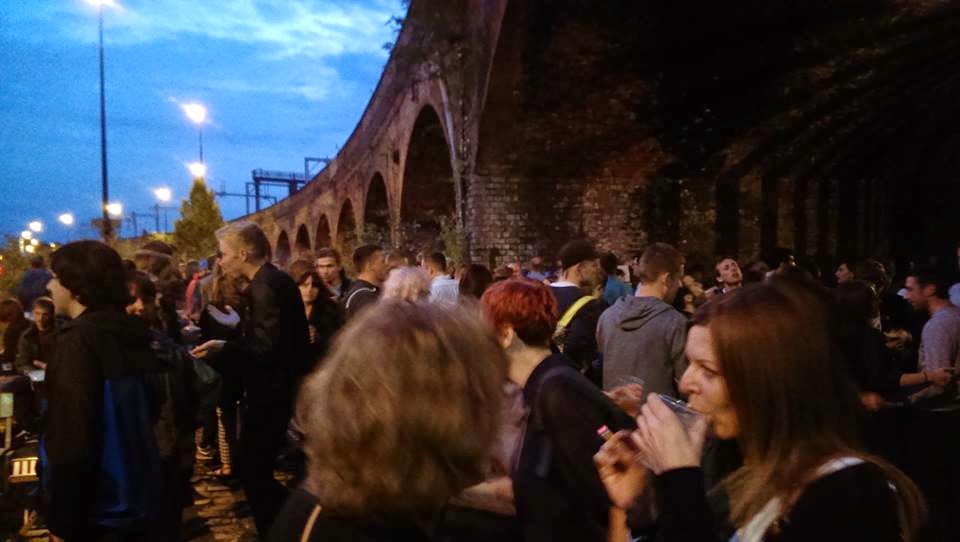 Inside the Brewery's Arches 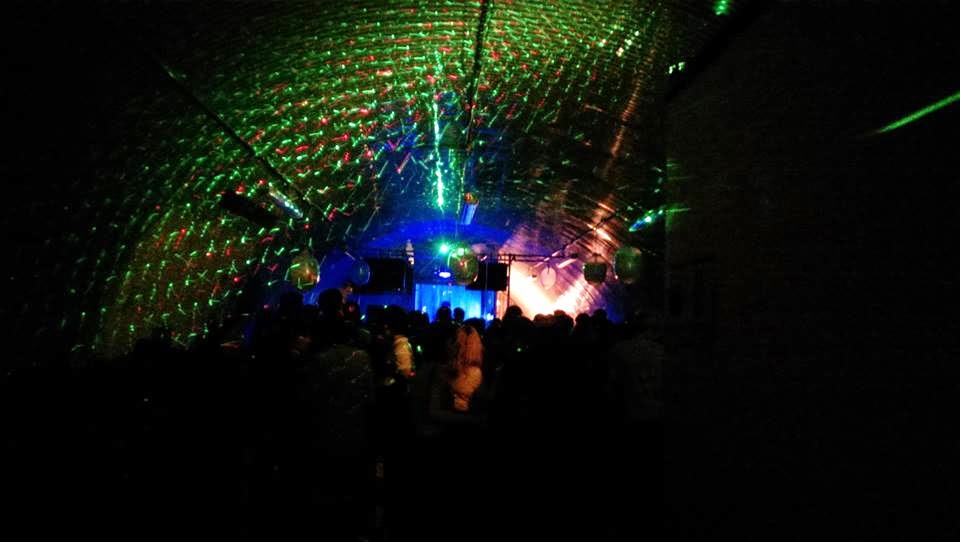 That was off the fukin chart! A piss up in a brewery in Salford with an amazing soundsytem outside under even more amazing railway arches, with no bouncers fukin with peoples vibe (That was left to me and Marsh) and loads of homeless minesweeping beers while everybody got busy avin a mega time.  Then it moved into the brewery where we had another party and then when that finished we fucked off down the Roadhouse where we had another party (Big breath aaaaaghhhhhh). Big up to Kwasi for bobbin in on his way home from Blackpool and gettin on the mic.and also to LeonxLeon who danced from 1pm to 8am solid with only a break to DJ


Actual photo from the Roadhouse 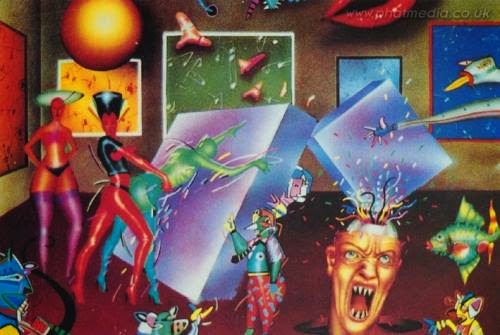 The worst bit of the whole 13 hours  was having to dispose of the human turd at the entrance to the BBQ. When asked “How do you know its human?” I simply pointed at the skid stained tissue next to it and said “That’s some dog that can wipe its own arse". Big props to the Wet Play crew for goin twos up with the promotion and special thanks to Randall Marsh for sharing all the dirty jobs like the a fore mentioned turd removal. 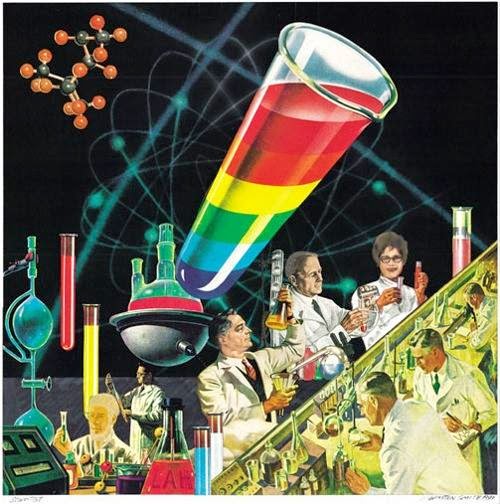 Currently working on Wine reviews 3 for all yall who gittin cold turkey, Whiskey reviews, 80’s New Romantic bible records (You wanna see the stash of this shit I found in Macduff recently) and Il Bosco’s Christmas gift ideas (Meant to do this is June but got side tracked)

Posted by Red Laser Records at 13:14 No comments: