Red Laser EP3 and other stuff 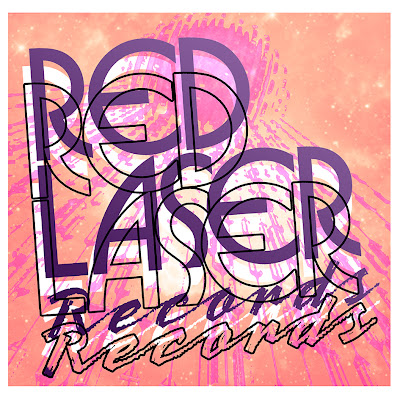 After a frustrating gap in the release schedule, we are now ready to pump out EP’s and flood the market with italo electro and acid boogie belters. 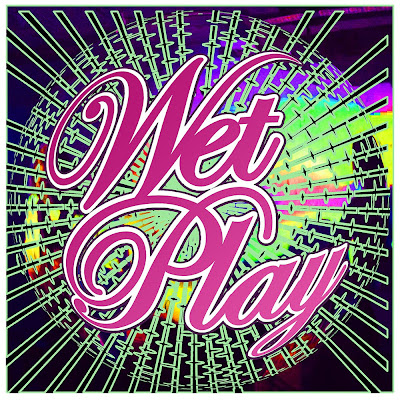 The Wet Play EP#1 is currently exclusively available from Piccadilly Records, a decision made by Red Laser executives to avoid getting a ‘crack’ of Wet Play’s Randy Marsh. Full international release due in the next few weeks. After Randy’s eggs boiled hard while on a crisis call he was presented with the dilemma of staying in Manchester and regretfully breaking some skulls or…….. heading to London!!!!  Things must have been bad because Marsh decided he’d better head south to Bulbville. There was the matter of a Full Beam social jam in the smoke but still! that’s extreme G
Wet Play # 1 available "HERE" from the blog

And "HERE" exclusively from Piccadilly Records
The Red Laser Family 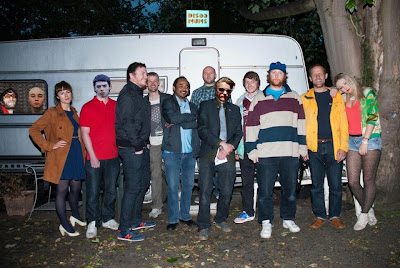 From left to right - Matt Ward aka Kickin Pidgeon (Wet Play), Bob Dazzle, DJ Emerald (Disco Mums), Metrodome, Kid Machine, Starion, MC Kwasi, Il Bosco, Flemming Dalum, Ste Spandex, Randy Marsh, Matt Triggs, Sarah Bates
Also we managed to av a bit of a label night out down one of Manchester best kept secrets “The Social Service” A fantastic night in a mad venue with great people and finger buffet. Red Laser cousin James Holroyd, aka Begin, was guest DJing and set the disco on FIRE!! He also dropped the track ‘Dirty Girl’ on the TP of EP3 half way into the night and the floor went mad and I sneezed in my pants oooooooshhh!! But before we got off our heads we managed to get the crew together for a group shot. As you can see from the above photo from the night Flemming made it over from Denmark and Bob Dazzle returned from New York (Bald head in the window of the caravan) looking slightly gaunt and dishevelled. Looks like Gabba is making a comeback at the rooftop parties of Manhattan. Easy on the wizz Bobby! Metrodome popped in but had to get straight off because of his Zombyitus. As you can see in the picture popping his festival cherry at beathearder left him with a grey face and pink body. Weird! We also managed to tie the Disco Mums sign to a tree so we could rep the ladies that couldn’t get babysitters. 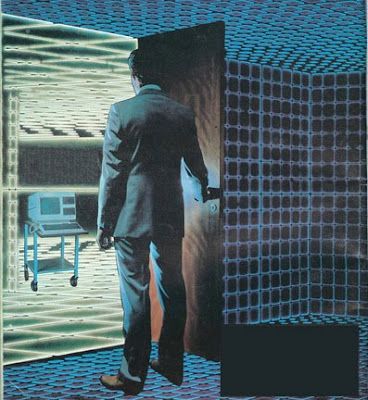 A top night was had till the early hours. James forgot he’d lent his girlfriends bike to Marsh and a burglary related panic ensued in the morn and my label partner and Fat City Recordings boss Matt Triggs managed to end up on the M60 again while walking home at 6am.  A spliff and a tin of Red Stripe aint much of a hitching tool bro. 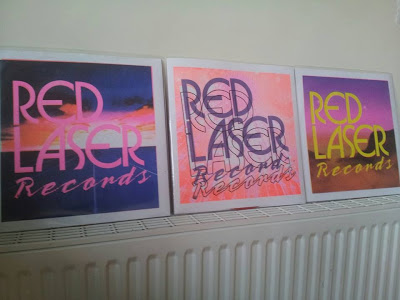 We also have the small matter of Red Laser EP3! Yes its finally fukin here!!  and it’s the best one yet! We got the artwork back from our special rizzo printing friends at Ditto and it looks great. This EP’s guest artwork is the creation of the man with the shortest fuse in showbiz (and I aint on about his widge) Full Beam & Wet Play’s Randy Marsh. Yes the artwork is fantastic but be careful showing the kids the inside poster. I only realised the full graphic detail when I flipped the bastard yesterday. 18’s only! 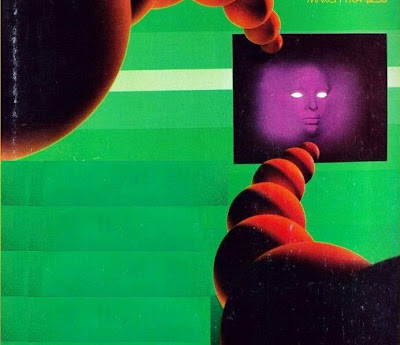 The tracks on EP3 are sick as fuck so lets start with...

Flemming Dalum and Il Bosco – Manctalo
The mysterious lord of Italo hooks up with “The most spherical cranium in entertainment” (A variation on “The roundest head in showbiz”) Il Bosco. Simple and dark bassline with haunting lasers creates the bubbling imagery of a journey through Manchester at night. Where are we heading? To the fukin disco mate. How we getting there? In my 10 year old Ford Focus with the fat system G. Why is underside all crumpled? Cos DJ Emerald beached it in Tib Street car park. Windows down on a summers night? No they’re broken you fuck 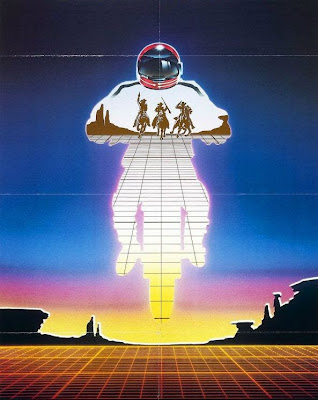 Kid Machine – Black Futura
Kid Machine rocks the quickest shit I ever heard him make with this Italo Electro Disco smasher. The title track to a film score that doesn’t exist. This Sci-Fi thriller gives bass line collectors there monies worth and the beats are heavy but my favourite thing about this recording is the glittering euphoric interludes that appear twice in the track and make the whole composition complete. His strongest stuff yet 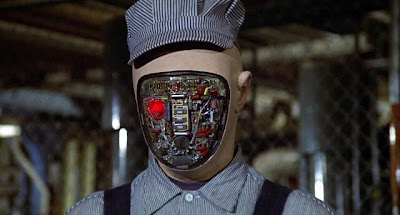 Starion – Night Flanger
Yes Yes Yes Starion returns with another cosmic italo disco bubbler. And this is a different take of the one on his Soundcloud page! Make of the title what you will but for me personally it’s the soundtrack to a film set thousands of years in the future about a motherfukin pimpin robot called Night Flanger. He makes sure all those fembots flaps and undercarriages are maintained and well lubricated when he’s on a night out drinking diesel and smoking aluminium 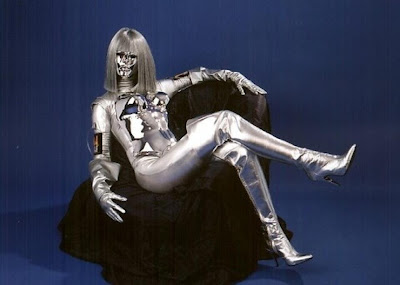 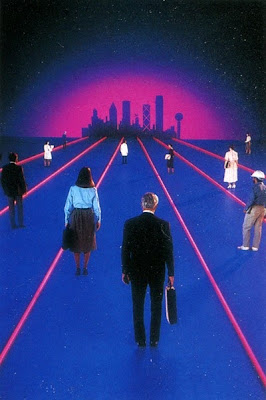 Finally you can catch Red Laser artists Ste Spandex rocking a FULL LIVE SET at Manchester rave institution Wet Play at Kraak Gallery 3rd August. And I will be DJIng from midnite till 1am having been requested to dig deep into the Red Laser studio vaults. Over the next few weeks the record collection will be given a full cavity search to get out any amazing music clinkers. Don’t stop till you touch the back of his teeth!! The night will also feature the Full Beam crew and Wet Play residents. It’s pretty much the best party in Manchester so don’t miss it 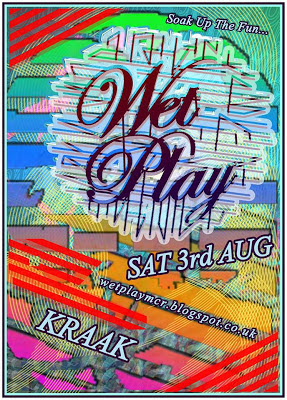 There aint no doubt that is as consistent at producing quality music as is at producing single mothers. Every decade new and innovative bands and producers spill out of ’s underground into the wider world turning something local into worldwide awareness. Recently it’s been a city that has refused to succumb to an ever narrowing corporate pop sound and buying culture by doggedly tying itself to the mast to weather the storms of change of the last 5 or so years. Now our record shops are still standing and local labels flourishing in a new dawn of music independence and ideals. A testament to any city is its open minded mix of people with an instinctive urge to hear something different to the utter shite pouring from the pipes of mainstream TV and radio. This attitude of the people coupled with the surge in local cottage industry micro labels is resulting in fantastic party’s and club nights around the city based on sheer talent and the solid support from the right kind of people 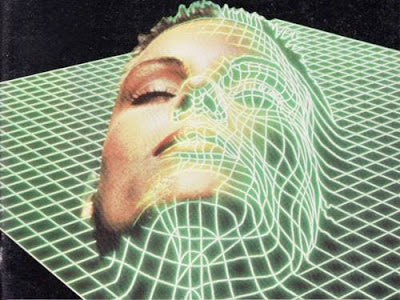 Wet Play, one of ’s well established club nights and good friends, recently had the realisation that they weren’t just great DJ’s but also a bunch of well talented musicians, designers and drinkers and that something should be done about it!!  In steps Red Laser Records to assist with the first of the Wet Play “Where good friends meet” EP’s 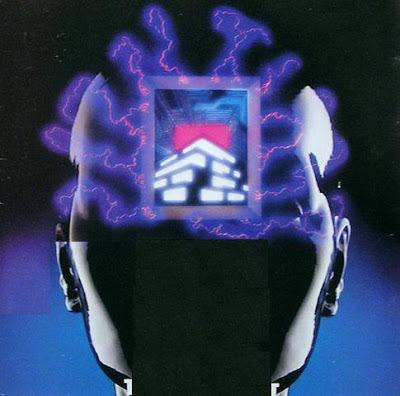 Having a successful club night your bound to attract some top heads and the first EP is a mix of resident Ste Spandex’s work along with regular party goers Metrodome, Loge and Skanky Magic. 4 tracks of absolute boogie bump acid disco madness perfect for the dance floors at Wet Play and Red Laser Disco. The whole package is accompanied by designer and DJ Randy Marsh’s formidable artworks. 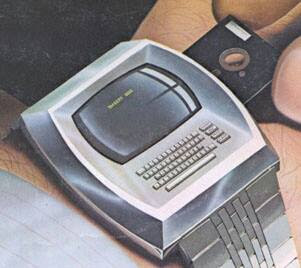 I was gonna type some spleil about each track but Wet Play resident Matt Ward aka Kickin Pidgeon already said everything I was going to say. Take it away Pidge! 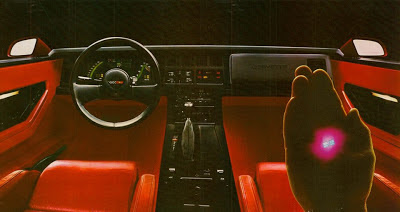 shades down low to reflect the neon beams this track fires

from it's hardware driven body mechanics. Hear the fiery red

sun melt into the square bass that simply repeats on and on.... 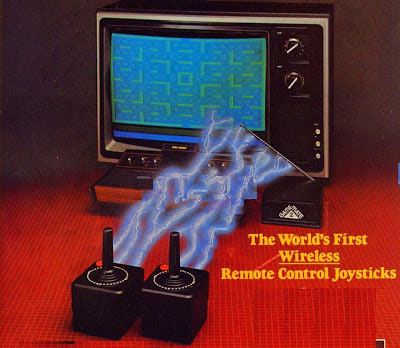 Teleporting us straight into 5D is SKANKY MAGIC next

with 'Skanky Magic'. Crazy use of spring reverbs, darting

leads and anti-gravity sonics will have you bouncing all over

inner space as you adjust to the hypnotic two-note buzz.

Electric, mesmerizing and from another galaxy completely.

It's blissful finale soaring through into the cosmos in a 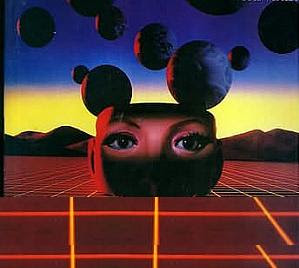 METRODOME's '909 Lovin' is next. Precision built for

setting dancefloors alight and with an arrangement that'll

twist heads inside out. Just when you think this track's burnt

out, another sick bassline sets the floor on fire again,

accompanied by one of the maddest signature sounds since 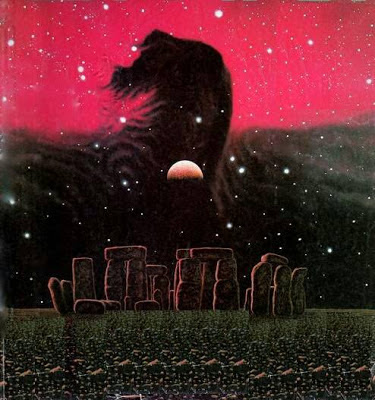 Finally we get Theo's Ugly edits and Jamal Moss's Members Only

simmers uncontrollably, riding the sample like a bitch before

dropping into tripped-out celestial disco chaos. If you thought only

the and cats knew how to fuck an MPC hard, then 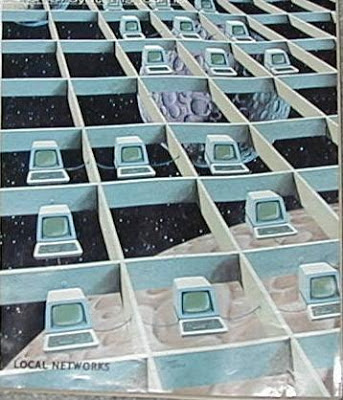 Thanks Marsh..... So there you have it. Great things are happening

and the Wet Play lads are right in the thick of it. Not only is

"Where Good Friends Meet #1" available Monday you can also

happening on August 3rd at Kraak Gallery in Manchester's

Northern Quarter. Ste Spandex will be dropping his live set which

will be an absolute assault on the senses. Randy Marsh's social

of underground boogie. No Doubt Pidge will be Kickin as per. And i

Expect shit you aint heard before that will stay with you forever. 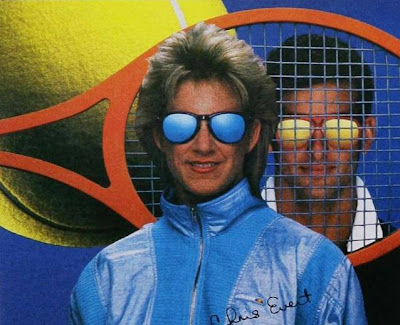 For the Wet Play party on the 3rd "CLICK HERE"

For some dancing action from Wet Play residents "CLICK HERE"